you are here: home … advice … Affordability: Income vs. Interest Rates

(This is article #3 of 6 in a series about the factors that influence the selling price of your home. For the first two articles, see the 'Smart Selling' section of my site.)

Affordability is the relationship between income and interest rates: the higher a person's income and the lower the current rates, the more they can afford to pay for a home.

The money loaned by a lender in exchange for a mortgage on a property.

However, there is a side effect. Because more people can afford the $205,000 home, the demand has increased, and the final selling price will likely be higher.

Of course, if interest rates remain the same but the average income increases, the same effect occurs. In other words, affordability is also influenced by the job market.

A document that is registered on your deed to show that your property has been put up as security for a mortgage loan.

A licensed professional who advises you in real estate matters and is authorized to carry out your legal instructions.

If you're buying, high affordability can give you access to higher-priced homes, but you need to be careful. If you commit to a mortgage at the upper limit of what you can afford when rates are low, you risk losing your home if rates go up. (This behaviour contributed to the recent housing collapse in the United States.) Always leave a buffer in case rates go up—your agent can advise you on an appropriate amount.

Check back for the next article in this series, when I discuss everyone's favourite influence on market price: location.

Want to know more about affordability? Just ask me, I'll be happy to help. 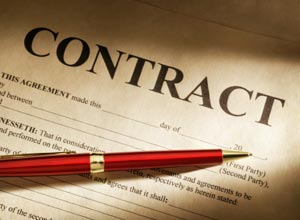 The Agreement of Purchase and Sale (Part 3)

Make sure you understand the difference between a Waiver and a Notice of Fulfillment! Read Article...

In Good Working Order - Whose Responsibility?

Who is responsible if something is broken on the day of sale - the buyer or the seller? What about something that breaks a week later? Read Article...